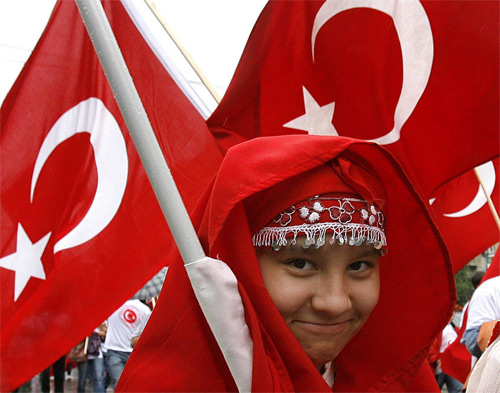 Turkey, officially named as the Republic of Turkey, is one of the developed countries located on the Anatolia in Western Asia and on East Thrace in Southeastern Europe. Turkey is not a member of the European Union as yet, but considered to be very much a part of Europe.

The country has gone through many ups and down over the past 100 years. Despite, plenty of problems, Turkey has emerged as one of the great nations of this time. The people of Turkey are very much dedicated and hard working.

The Turkish nation enjoys numerous public and national holidays. The people of Turkey love their traditions, and do celebrate every national occasion with great enthusiasm. Hard work is certainly the key to Turkey’s success..