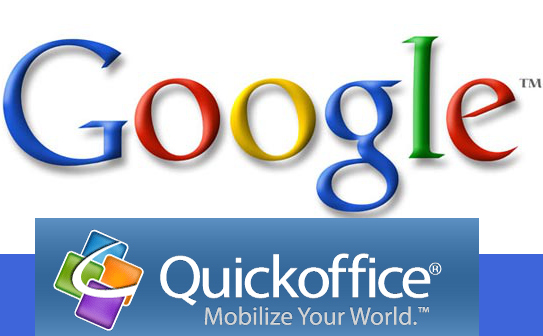 After Meebo’s acquisition by Google, app maker Quickoffice is purchased by the search giant. It was announced by the search engine on Tuesday, June 5 in a blog post. Many analysts believe that Google has bought Quickoffice to counter Microsoft by utilizing the Quickoffice mobile apps which allow users to edit documents made using Microsoft’s word processing, spreadsheets and presentation software like Word, Excel and PowerPoint. Google has not disclosed the any details about how much was paid for the app maker.

The move is expected to help Google make more inroads into the mobile and tablets markets by allowing users to manipulate documents on their devices without having to install Microsoft software. This should work well with Google’s strategy of offering services that are similar to Microsoft’s leading software in a more mobile format that can be used anywhere through access to the web.

Google’s largest share of revenue comes from its advertising solutions but the company has products like Google Docs which compete against Microsoft products. Google Docs is free to use while a version with more features called Google Apps is available on a yearly subscription. However, these apps work fine when being accessed through a laptop or computer but have had hiccups on mobile devices. The Quickoffice acquisition should be a move by the search giant to address this issue and make its offerings more robust.

The recent deal could also give Google a strong foothold in the mobile and tablet space because Quickoffice is reportedly installed on 400 million devices. The app can be installed on iPhones, iPads and Android powered devices. Currently there is no Microsoft app for the popular iPad but rumors have been circulating that Microsoft plans to release one soon, however, Google may wants to take lead. Besides that Quickoffice has established a strong presence in the market and Google plans to benefit from this head start by integrating the app into its Google Apps service.