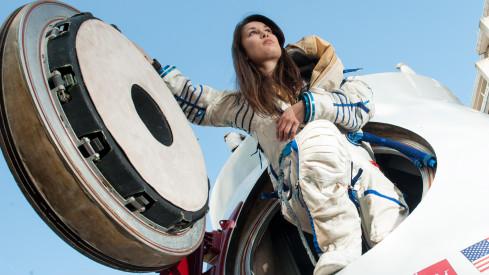 For those who are in an urge to become an astronaut in future, there is one good news, and one bad news. Starting from the dessert (good news), the commercial airspace company Excalibur Almaz, is ready to sell the tickets for a spacecraft that will orbit the moon. The bad news is that the price of each ticket is $155 million.

Excalibur Almaz Company, which was founded back in year 2005 by a 65-year-old patent and space lawyer, Art Dula plans to arrange a lunar trip for passengers by travelling on a Soviet aircraft. According to their plan the first flight will take off in year 2015.

Though the price tag of the ticket possess a great ability to shock a person, still there is another reason that is creating ambiguity; the company will be using second-hand spacecrafts for the trip, the question arises – are they safe?

Along with four Soyzu capsules, two Salyut-class 29-ton space stations are also purchased by Russia. Soyzu will be responsible to take the super rich travelers, whereas the two shuttles will be orbiting the moon.

In $155 million, I just orbit and go back on earth, well hell no for this amount of cash, you would want to get out of the shuttle, take a walk on the moon and bring a moon rock back home; well the deal seems worth it, for those who are unable to decide where to spend insane amount of money. But inauspiciously the module is not allowed to land. The journey will be of 6 months.

Dula expects that the huge revenue that will be generated from this roundtrip will be used in research.

Initially the company was self funded by Dula and his partner, though they haven’t disclosed the exact amount of expense yet.  In response to a question asked from Dula about the cost, he replied, “in the tens of millions of dollars, not the hundreds of millions.” The total amount was spent on hardware and engineering.

Likewise Excalibur Almaz, few more companies came into view which are planning to organize a trip of similar nature, one is Virgin Galactic and the other is  SpaceX, who is known for having a successful experiment of sending a cargo capsule in May 2012.