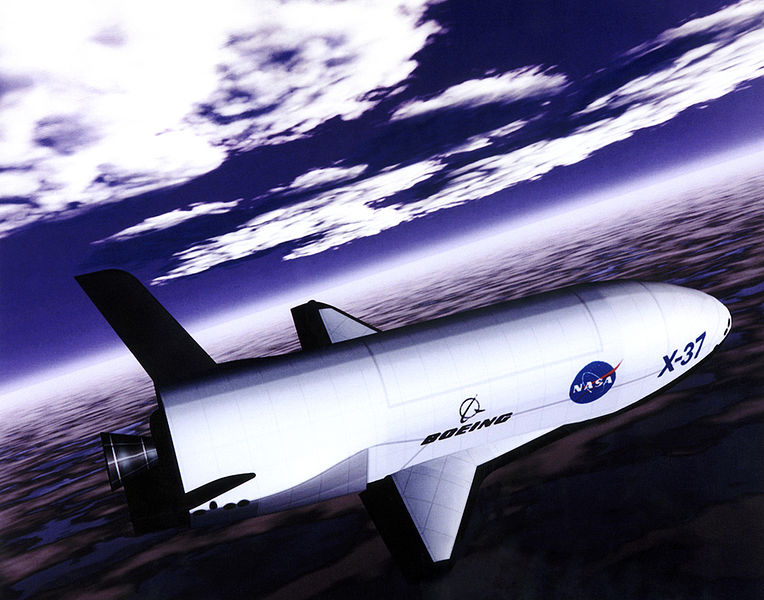 The U.S. Air Force is expected to reel in its top secret robotic X-37B space plane in the coming days according to an announcement that was made on May 30. The exact date that the X-37B will touch down in the US after its year long journey in space is not confirmed.

The X-37B space plane was launched into orbit around the Earth on March 5, 2011 with a secret mission that has not been revealed to date. This latest mission is the X-37B’s second in space and is expected to end at either California’s Vandenberg Air Force Base or Edwards Air Force Base in California.

The space plane, also known as Orbital Test Vehicle-2 (OTV-2), is a reusable craft developed by Boeing. X-37B is a modified version of the first X-37 that was launched into space in 2010. The X-37B looks similar to NASA’s discontinued space shuttles but is significantly smaller. The space craft is powered by solar arrays which tuck in to the payload bay, and it is launched using rockets but lands like a conventional airplane – almost like the discontinued NASA space shuttles.

The X-37B has surpassed many expectations and has been in the orbit around the Earth for 462 days. This is double the time that the first X-37 accomplished and is over the 270-days the space craft was designed for.

A lot of interest has been generated about exactly what the robotic space craft has been doing in outer space. The U.S. Air force has kept things under wraps and has protected exactly what type of payload the X-37B is carrying. Some analysts believe the space craft is being used to monitor the Middle East and Afghanistan with new technologies. The official statement from the USAF is that the robotic space craft is being utilized to test out new satellite technologies.