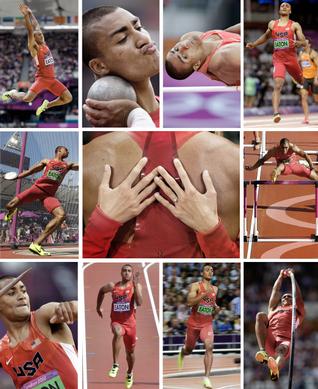 In 1912, first ever modern-day Olympic decathlon event took place. These games were held in Stockholm, Sweden and the first Olympic decathlon winner was Jim Thorpe from United States of America. A decathlon consists of series of event which the participant would need to perform in. There are total of ten events which a person needs to participate. Remember that this 10-event competition is held in two days. In the first day there are five games which are 100 meter dash, long jump, shot put, high jump and 400 meter run. On the second day the participant takes part in 110 meter hurdles, discus, pole vault, javelin and 1500 meter run.