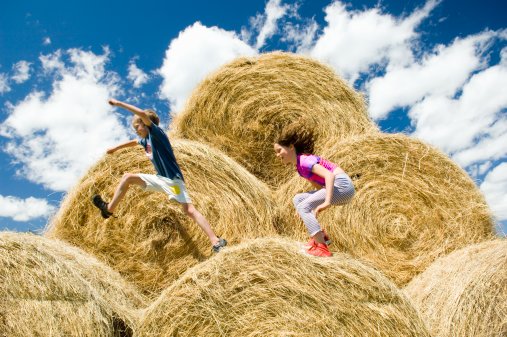 Hay consists of dried plants such as grasses and is used for feeding livestock especially to cattle and horses. They are found mainly in winters when fresh grass is difficult to be found. Cows residing in your dairy farm require 20 to 30 pounds (i.e. 9 to 14 Kg) of hay on daily basis in the months of winter. Grasses which are used to make hay are redtop, orchard, bromegrass and timothy. There are few other plants as well which are used for hay such as alfalfa, oats and clover. Hay’s nutritious value varies but it is usually rich in carbohydrates. Remember that hay which are grown from clover, alfalfa and other legumes are rich in proteins.