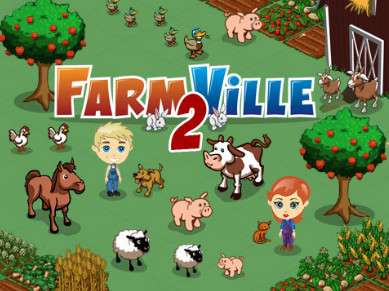 The company behind “Farmville” has made it public during its Zynga Unleashed 2012 press conference on Tuesday that it will launch a sequel to its most famous game.

The event comes at a time when the company’s stock has badly declined as compared to its December 2011 $10 IPO price and its Facebook user base has been declining as well.

Back in 2010, it was recorded that over 80 million people were registered as active Farmville users, which has now been down to 20 million.

The company said that it will soon release Farmville 2, and will feature various crops, cows and flowers in three dimension mode.

It will also render Minecraft-style ‘farming’, where things can be produced and combined to create more complex products.

During the conference, Mark Pincus, founder and CEO of Zynga said “The company would show off the products and technology that represent the next generation of Zynga.”

“Our pipeline of new games represents more genres of play that expand our audience, more mobile ways to play and more dimensions of play that will deliver the next generation of fun and social,” he said.

But the company said that users will not be able to import their old farms into the new game, which will eventually raise the question of how it is planning to increase its user base.

Zynga also revealed some other games at the conference that include The Ville, which is a successor to YoVille and looks almost similar to The Sims Online.

With the new game, users can make and decorate homes, host parties and communicate with their friends. The game is set to launch on Facebook and Zynga.com on 27th June.

Another game called ChefVille, which will enable users to make a restaurant or café and serve their customers with delicious food that they make themselves, has recently been launched.

On the other hand, the company also introduced a Zynga With Friends network, which it hopes will be a platform for other games to make upon with all of the social features familiar to its present Zynga titles.