Home » Places » Are You Ready for A One Way Flight to Mars? 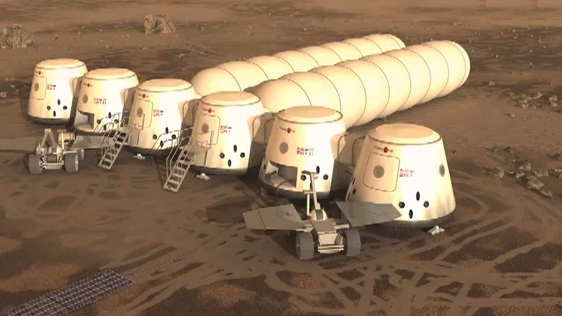 Dutch space company Mars One is working on an ambitious project to colonize humans on the red planet Mars by 2023. The project plans to establish the first ever human colonization on Mars. According to their video that is released on youtube today, they are initially sending a four-person team, and later it would be joined by additional crews after every two years. The expected travel time to reach their destination is seven years.

“The next giant leap for mankind” says Bas Lansdorp, who is in the team of developers.

In order to add credibility to this project and make it successful, the company has taken the support of a Nobel laureate, theoretical physicist Prof. Dr. Gerard ’t Hooft.

Paul Romer, the producer of Big Brother, has also shown his interest and became a supporter of this project, so it is quite possible that the news may just be a publicity stunt for a new reality show.  However, in case it is a truthful report, will you want to be a part of the four-member team if offered? Remember, you can’t come back because the journey would be one-way and the idea is to permanently settle in the planet.

The first step is to send a communication satellite and a supply mission to Mars in 2016.

Then in 2018, a Red planet rover will be sent which will trawl the grimy landscape and find the best location for the site.

In 2020, infrastructure related things such as life support units, a rover and more suppliers will be sent for the colonist to live in.

Finally on September 14, 2022, when the settlement is fully operational, Mars One will send its first four astronauts. These astronauts are expected to land on Mars on April 2023, and will be joined by a new team in 2033.