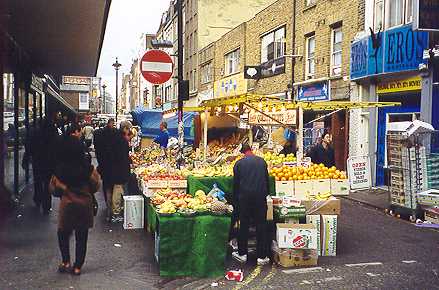 Berwick Street Market is a very small market located right in the heart of Central London in Soho on Berwick Street. The market mainly sells vegetables, fruits and other fresh produce items. The market opens six days a week and stays closed on Sundays. The Berwick Street itself was built between 1687 and 1703 while the market was established in 18th century and got an official recognition in the late 18th century. There are many other shops located on Berwick Street and this place was also famous for selling recorded disks e.g. Vinyl Junkies, CD city, Sister Ray and Mr Bongo’s.