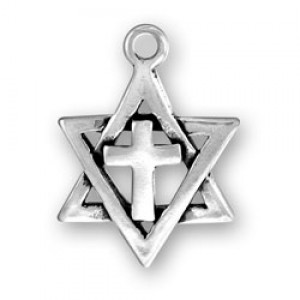 Both Catholic and Jewish religions have some major distinctions between them, however, there are many similarities between them as well, as Christianity actually emerged from Judaism. However, the problem arose as the emergence was not a direct line and it had to break from Judaism, giving birth to a new religion, which created differences between the followers of Judaism and Christianity. The major and the most obvious difference between the followers of Catholic and Jewish religions is that the Catholics believe that Jesus was the son of God, while the Jews deny this possibility all together.

While both religions believe in the prophesy of a Messiah, who would come and save mankind, the difference here is that Catholics believe that Jesus Christ was the Messiah mentioned in the Torah, who the Jews were waiting for. However, the Jews do not submit to this claim and believe that the Messiah has yet to arrive. Both are believers of the Old Testament, or Torah and hold the Holly land as sacred.