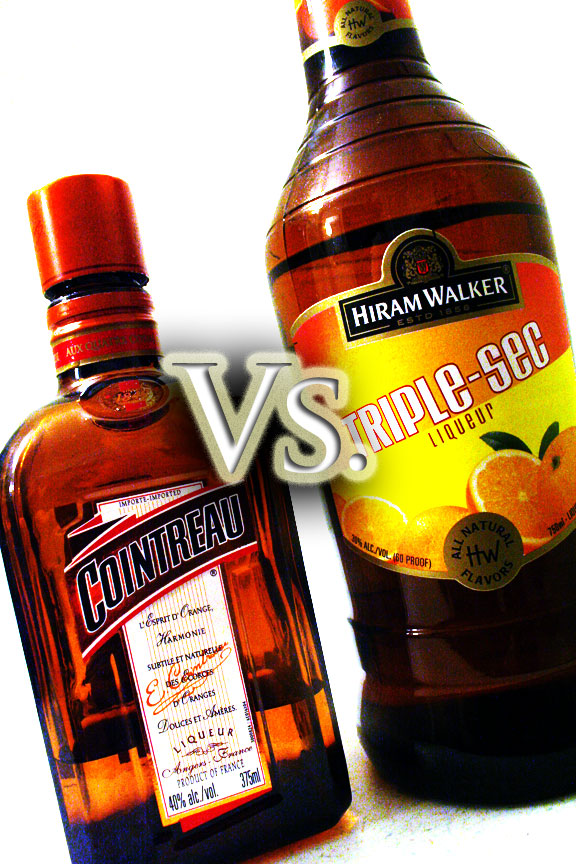 Cocktail drinks are refreshing and energising at the same time. Alcoholic cocktails have such a large variety that you might get baffled to choose the best one. Some of the popular cocktails contain orange-flavoured liquor, with Triple Sec and Cointreau being the most popular among these types of spirits. Both of these liquors are made from dried peels of sweet and bitter oranges but there are certain differences which separate them from one another. Cointreau and Triple Sec have great difference in their prices and you should be able to distinguish between these two drinks so you can be certain while purchasing.

Cointreau is a brand name of orange flavoured liquor and it produced in Saint-Barthelemy-d’Anjou, France. It is a type of Triple Sec liquors and is served both before and after the meals. Cointreau is used in a number of alcoholic cocktails for its sweet orange taste.

Triple Sec is not a brand but a type of liquor produced from orange peels. The name implies that this liquor has been “triple distilled”. Triple Sec liquors are used in Margarita, White Lady, Long Island Iced Tea and Cosmopolitan cocktails, and is also consumed neat as a ‘digestif’ after and before the meals.