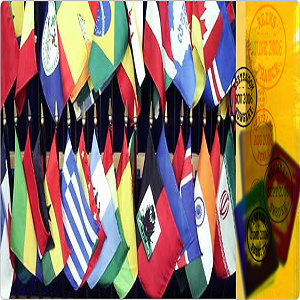 As part of maintaining foreign relations, countries establish their embassy and consulate in other countries so that communication and cooperation could be carried out in an organized and formalized manner. These two institutions are representatives of their respective countries and enjoy diplomatic privileges. Many people wonder over the difference between these two when they come across these separate institutions from the same country. Many others use them interchangeably, without realizing that they have a huge difference between them. The difference lies in the tasks that these perform. You should know exactly what the difference is not only for the sake of general knowledge but to help when you have some diplomatic task related to a foreign country. Our step by step guide tells you exactly where the distance lies.
The task of a consulate is more of an administrative nature and deals with individuals. It issues visas to individuals and assists its citizen residing in the host country. For example, Indian consulate in Russia will issue visas for any Russians seeking to visit India. It will also assist any Indians living in Russia in travel and security. The embassy on the other deals with the government and is responsible for bilateral relations.
An embassy has a representative nature. It holds negotiations, deals and talks on the behalf of the country. You can consider it as a small piece of land from the home country existing inside the host country. So an attack on any embassy can even be considered an attack on the country itself. In terms of government level power, the embassy enjoys a more prominent role than a consulate. The embassy is headed by an ambassador while a consulate is led by a consular general.
The consulate is responsible for cultural exchange and for holding events that promote cultural understanding. However, the ambassador may also be present in any such event because at the end of the day, both institutions are from the same country. If a country establishes an embassy in another, it means it has recognized the other country and given him the status of sovereignty. A country will not open embassy in a country it does not recognize. Like Pakistan has no embassy in Israel. However, the country may open a consulate there to assist its own citizens present there. The US has no embassy in Taiwan but has a consulate there to assist US citizens.