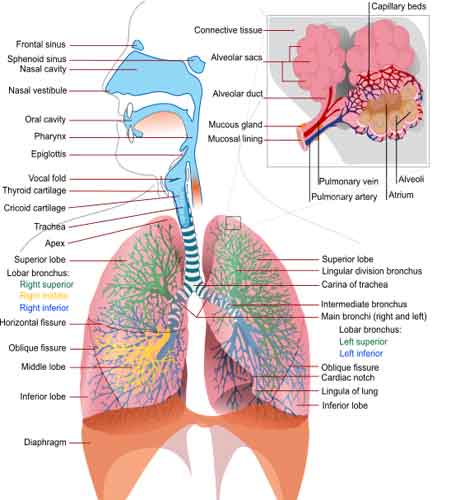 Along with their functions, they both differ in their structures as well. Trachea is a strong and wide cartilaginous tube that helps take air to and from bronchi. It makes an important part of the respiratory system of all the living organisms that breath in through lungs. Esophagus on the other hand, is a long and flexible structure that connects your mouth to your stomach. The food that you eat goes from your mouth into the stomach cavity as a result of the muscular movements of the esophagus.

Since the trachea is responsible for transporting oxygen to the lungs, it is crucial that it remains open and clear all the time. Even an invisible dust particle can cause irritation in the wind pipe, resulting in severe cough.

Both trachea and esophagus are roughly located close to each other, positioned in a way that the latter lies on the posterior side of the former. A tiny flap, called epiglottis, present at the top of the trachea, separates these two tubes. The epiglottis keeps food particles from entering the respiratory track as you swallow them.

Several cartilaginous semi circular rings join together to form the trachea, whereas the esophagus is a muscular tube. The trachea’s length ranges from 9 to 15 centimetres, while an esophagus is usually ten inches long. Moreover, the trachea only has thoracic and cervical parts, whereas an esophagus’ structure is divided into three parts – cervical, thoracic and abdominal.

Furthermore, the trachea is a stiff, straight tube, while the esophagus is surprisingly flexible and can swallow almost everything. Another important difference between trachea and esophagus can be seen in their blood supplies. The former gets its blood supply from the lower thyroid arteries while the arteries in the thorax and abdominal region supply blood to the latter.