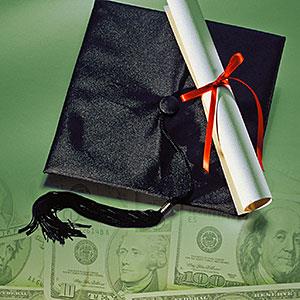 In different countries around the world, the words ‘degree’ and ‘diploma’ have different meanings, which may be similar but also different characteristics that separate their values and educational levels.

In the United States and Canada, a diploma is widely used to signify that a person has completed their high school level of education and has graduated from that institution. It is a way of saying that the person is now ready to move on to a higher level of education and ultimately attain a degree in a specific field of interest.

A degree is different in the sense that it is widely recognised as being something that is attained after attending college or a university and being awarded after meeting the specific requirements of a course by completing it.

The length of attaining the two is also different. A diploma usually takes 1 to 2 years, while working towards getting a degree can be around 3 to 4 years of education. Diplomas are also much cheaper compared to getting a degree because the cost of going to college and university, especially North America is much higher than the former.

In other words, a diploma can also be termed as a certification that has been given on completing a course other than high school. Many students, who do not opt to go to college or university, go to different institutions and do courses which are shorter as they focus on one main subject and work towards a diploma from there.