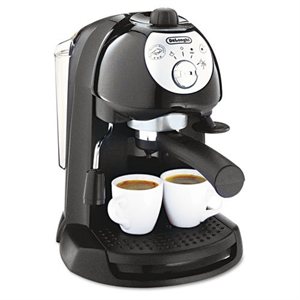 Coffee is one of the most well known drinks around the world and has been for many centuries. There are no clear details about where coffee originally was brewed because many civilizations have been using it for various reasons throughout history.

Espresso and Cappuccino are more modern types of coffee that have become easily available at every street corner and shop. Despite them having coffee as the main ingredient, there are still many differences that set them apart from each other.

In the United States and throughout Northern and Southern America, coffee usually comes in two types. That is Arabica and Coffee Robusta. Both are widely available and certainly popular.

What makes Espresso coffee different from other is the fact that the coffee beans used to make it are much more finely ground. This type of coffee is much more popular around Europe and Italy, but less in other parts of the world like Asia. Due to the pressurized brewing process which makes espresso coffee, it has a much stronger flavour and a higher kick of caffeine which many people like to start their day off with or even end it after dinner. Basically, espresso is also the base of many other coffee drinks like mochas, macchiato, cappuccino and lattes.

Known as a more aromatic coffee, cappuccino has become a favourite of those looking for a lighter taste and not going for all black coffee like many hardcore drinkers. Having a cappuccino in the morning is a delectable treat for many because it is made by mixing milk, steamed milk foam and espresso. The amount of foam in the milk is twice of that than the milk itself. Many people who like cappuccino also add cinnamon or cocoa powder to improve the taste even further.