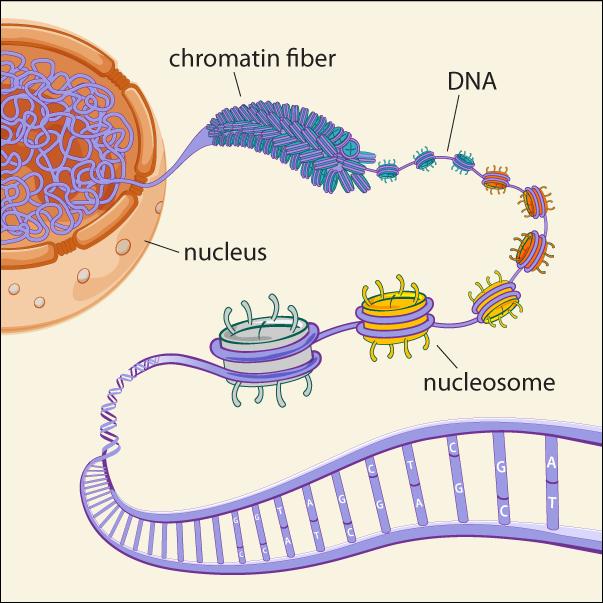 The chromatins are divided into two types, the euchromatin and heterochromatin. The structure and function of these two types of chromatins are quite different. They also differ in their transcription and replication properties.

Euchromatins aid in cell survival while the heterochromatins are responsible for gene expression. The former functions in the transfer of deoxyribonucleic acid (DNA) to messenger RNA (mRNA) products, while the dense packing of the latter ensures chromosomal integrity.

Euchromatin is highly active as compared to heterochromatins. Moreover, the former is present in both prokaryotes and eukaryotes, while the latter are present only in eukaryotes.