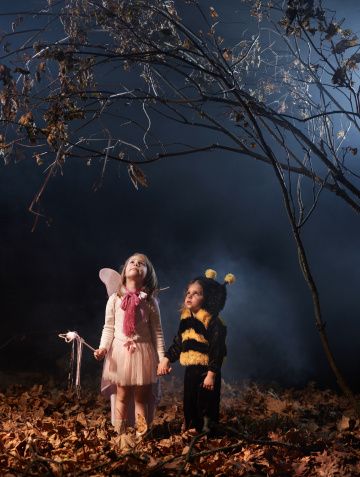 Stories have been there since forever. While they are commonly regarded as merely a pastime, they have been frequently used to teach people a moral lesson.

Even though the advent of electronic media, computer and smartphones have pushed story-telling to the background, it is still quite prevalent throughout the globe, especially among kids.

There are various forms of stories, including fable and fairy tale. A lot of people are unable to differentiate between a fable and a fairy tale, as both the types of stories appear pretty similar to them.

Despite some similarities, fairy tale differs from fable on a number of accounts. While there is no denying the fact that both the types of stories are aimed at providing entertainment and delivering some moral message, the method in which a fairy tale and fable carries this purpose out is not identical.

Fables are basically characterised by animals that can actually talk, whereas fairy tales are characterised by fairies and the magical world that they live in. Both the kind of characters have a certain appeal to them, thus attracting children.

Another thing that sets a fable apart from a fairy tale is that the former focuses on conveying a moral truth to the reader, whereas the latter leaves a lot of room for imagination as it takes the reader through the world of magic and magical beings. It focuses more on delivering an entertaining experience and less on conveying a moral message. On some occasions, the reader or listener is only able to identify the message and understand it through a deep analysis of the story, its characters and the series of events that take place. The fable normally puts the message out in the open and does not typically include a hidden meaning.

A conflict between good and evil is always the key element in a fairy tale and the whole story normally revolves around this conflict. This, however, is not the case in fables.

One more thing that sets a fable apart from a fairy tale is that the former can either be in a form of a prose or poem, while the latter is only present in the form of prose.