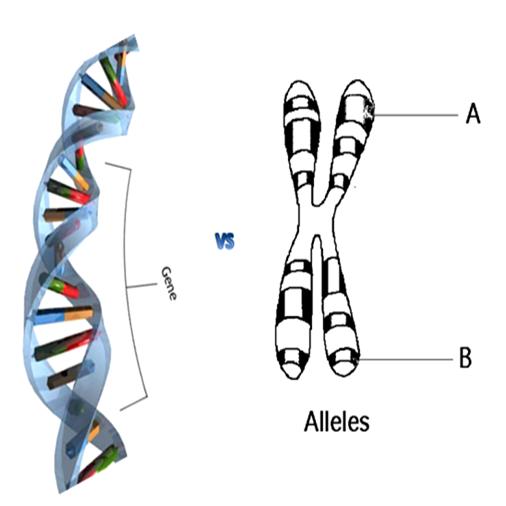 Gene and allele are the all-powerful force that makes us who we are. They are basically the genetic series of our Deoxyribonucleic acid (DNA), genetic material in almost all living organisms. Both of these biological terms play vital role in the development of living things. As both terms are interrelated, most of the people find it difficult to differentiate between Gene and Allele. However, difference in them is most flamboyantly manifested in humans of course!

Genes are inherited by living organisms’ parents while alleles determine how the inherited genes are expressed in them.

Alleles are found in pairing while genes do not exist in pairing at all.

Alleles produce contrary phenotypes while no such activity occurs in the genes.

The inherited genes (30,000) are the equal for all humans, but how these manifest themselves is actually determined by the alleles.

All of us inherit a pair of genes from each of our parents. These genes are exactly the same for each other. So what causes the differences between individuals? It is the result of the alleles.