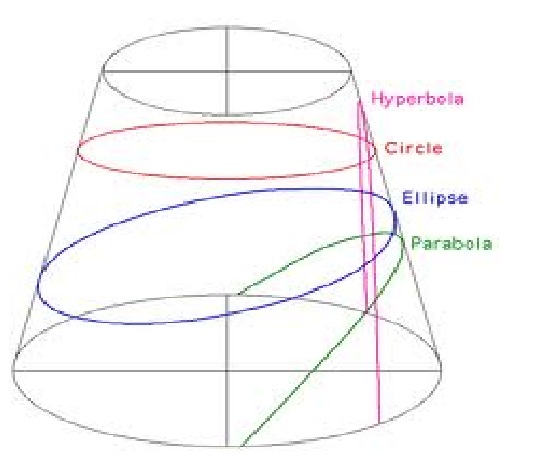 In mathematics we encounter two very well known conic sections which are hyperbola and ellipse. These curves are formed as a result of intersection between the right circular cone surface and a plane surface. It is important to differentiate the two in order to clearly understand their underlying concepts.

Also their standard equation is also different from each other.

There is another very significant difference which is in their graphs. In case of ellipse the curve is intersected by the perpendicular bisector of the major-axis which is not the case in hyperbola.