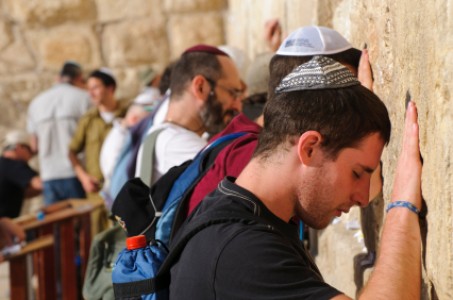 Generally speaking Jews are those who follow Judaism, while all the others, non-Jewish people, are known as Gentiles. The descendents of the patriarch Israel are known as Jews, while the Gentiles are those who worshipped Jehovah according to the patriarchal system. Jews on the other hand worship God according to the Law of Moses. The Jews consider themselves to have come from God, while the Gentiles are considered outsiders and not from God.

The word Jew has Hebrew roots while the word Gentiles is derived from Latin, where it denotes tribes or clans. In the King James Version of the Bible, this word refers to the non-Israelite tribes.

Unlike in Christianity, where the Pope is considered the decision making authority, in Judaism, the congregation is headed by a Rabbi.