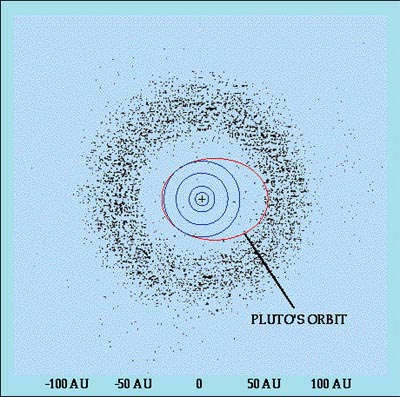 Kuiper cloud or more commonly used as Kuiper belt is a region beyond Saturn’s orbit while the Oort cloud which is not really a cloud is basically trillions of comets that circle the sun. On the other hand, many people believe that Kuiper Belt and Oort cloud are same kind of cloud and circle around the sun. It is also important to know that Kuiper belt consists of many icy comets which many consider as asteroids. Even though they are not asteroids but still for many years, it was believed that they are not any sort of comets instead they are little asteroids. On the other hand Oort cloud extends three light years from the sun and circle around it as well.