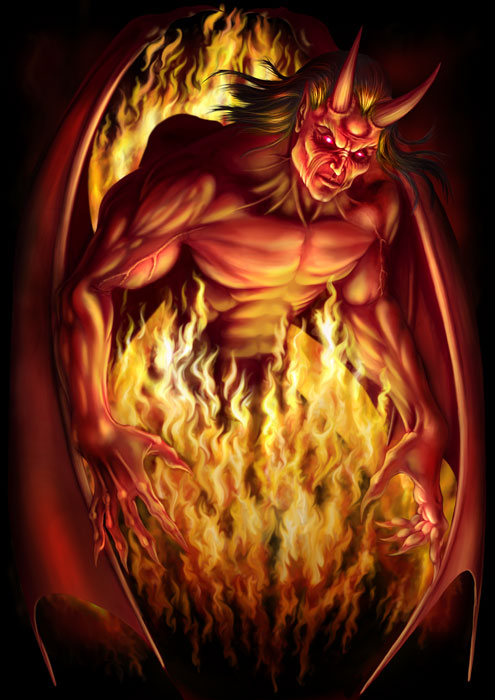 According to popular belief, Lucifer and Satan are one and the same. However, few people know that Lucifer was not always called Satan; it was only after he disobeyed God, that he got that name.

The story of Lucifer’s transformation into Satan can be found in Judaism, Christianity and Islam, while there are some similarities between all the accounts, there are also some differences. However, one thing which all religions agree on is that Satan tempts humans into committing sins.

Lucifer and Satan are names of the same entity, with the difference being that Satan was known as Lucifer when he was an angel of God. He was named by God as the most perfect angel ever created. He was later termed Satan, only after he was cast down on earth from the heavens due to his disobedience. Lucifer was banished from the heavens because of his egoism and pride, which are his biggest sins. When God created man, and asked his angels to bow down in front of his latest creation, Lucifer refused because of his free will as he saw man to be an inferior being.

According to the Book of Job, Satan has been charged by God to tempt humans and then report back to him about the people who defied his orders. In this book, Job was a good person who feared God and followed his orders, and in return God rewarded him. However, Satan tells God that Job is good only because he has been blessed and has everything which a man could ever want including good health. Satan insists that if everything is taken away from Job, he will ultimately lose his faith. God then allows Satan to test Job, which according to the book, exhibits the fact that Satan is indeed under the control of God. In Judaism, the word Satan is used to refer to a human opponent. Satan is personified to be serving as an accuser, a seducer and a heavenly persecutor.

However, in Christianity, Satan refers to the serpent which tempted Eve into eating the forbidden fruit.

In Islam, Satan is known as Shaitan, while the name Lucifer is associated to the Arabic word Iblis.

According to Islam, Iblis was banished from heaven by God after he refused to prostrate before Adam.

In Islam, Iblis is a Jinn, and not a fallen angel, which is why he had the power of free will.