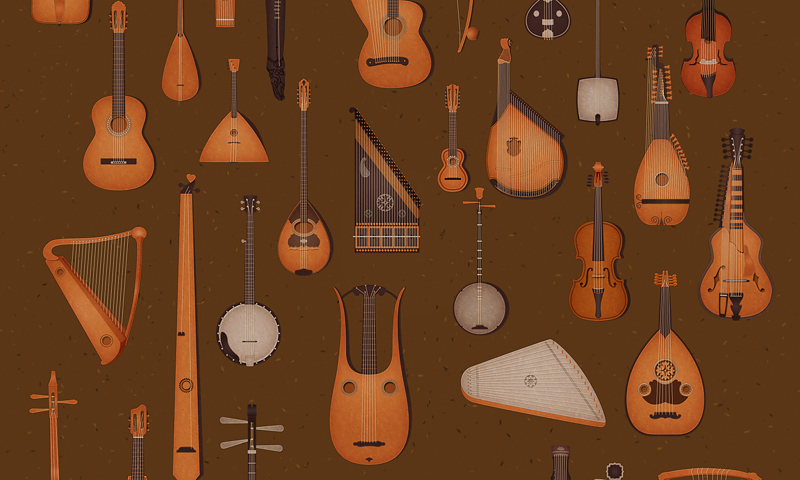 Strings of musical instruments like guitar, violin,  banjo etc, are made up of metal and start to corrode over time, affecting the quality of the instrument. This corrosion of strings takes place mainly because of moisture, sweat, proteins and oils from the hands and fingers of the musician, and the instrument starts to sound hollow. Once the strings of the musical instruments have become corroded, there is no solution to the issue but to replace them with new strings.

To avoid this problem, musical instrument producing companies have started coating strings with vinyl material. Nanoweb and Polyweb are two such vinyl materials used to coat the strings of the musical instruments. These two materials have been introduced by a company called Elixir, which is known for producing prime quality stringed instruments. These coatings are made of an organic compound flourpolymer, which is waterproof and forms a barrier against moisture and other corrosive agents.

Though both nanoweb and polyweb are the products of the same company and serve the same purpose – providing long lasting protection against corrosion to metallic strings of musical instruments – they are two different things.

The basic difference between the two is in the tone and feeling of the strings. Most people who have used both types of Elixir’s stringed music instruments, say the strings coated with polyweb have a warm tone, while those coated with nanoweb have a bright tone. Furthermore, the former is considered smoother, whereas the latter is applied to the strings in such a way that it is barely noticeable.