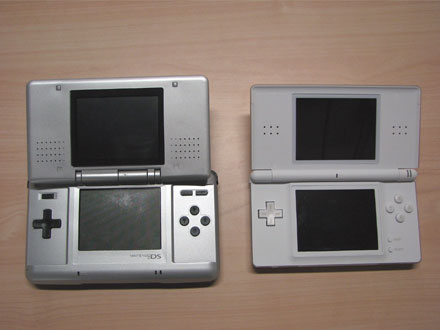 Nintendo released its hand-held game device, the Nintendo DS, a few years back and has since accumulated a considerable market share. The game developer has made some variations to the original in the past few years. They launched Nintendo DS in 2004 and the improved Nintendo DS Lite two years later,

The basic difference between the two models is that the Nintendo DS Lite is lighter in comparison to its former. The company responded to feedback from consumers and modified the new version with lesser weight and better game play.

The Nintendo DS Lite also has an enhanced battery performance in comparison to the Nintendo DS. The newer version has a 1000mAh battery compared to the 850mAh of the original. The battery is even charged quickly than the previous one. The DS Lite has a better processor as it is redesigned according to the new needs of the consumer.

The screens of the DS Lite are brighter than the previous one and can be played easily in sunlight which was not the case with the original.

Nintendo has made some changes to the new model. It has changed the placing of the buttons of the newer version to make them more accessible to the consumer. The size of the ‘Select’ and ‘Start’ buttons have been reduced as they are not used that often and the power button is also changed.