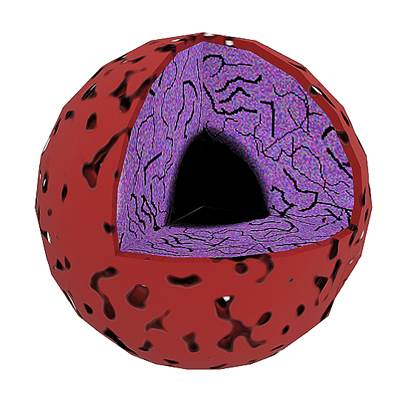 People with little scientific knowledge believe that nucleus and nucleoid are two different names of the same term but this is not the case as there are a lot of notable differences between them. Within every living being, there is an area where the cell wall and plasma membrane functions are controlled. Depending on the type of the cell, this region inside the living being is known as either nucleoid or nucleus. In prokaryotes, this region is termed as the nucleoid. In eukaryotes, on the other hand, the region is called the nucleus. Both nucleus and nucleoid are composed of chemical substances, encoded in genetic material of the DNA. Although the purpose and function of both nucleus and nucleoid is very similar, there are numerous differences in their structure and organisation. If you are looking to learn the differences between these two terms, continue reading this post.