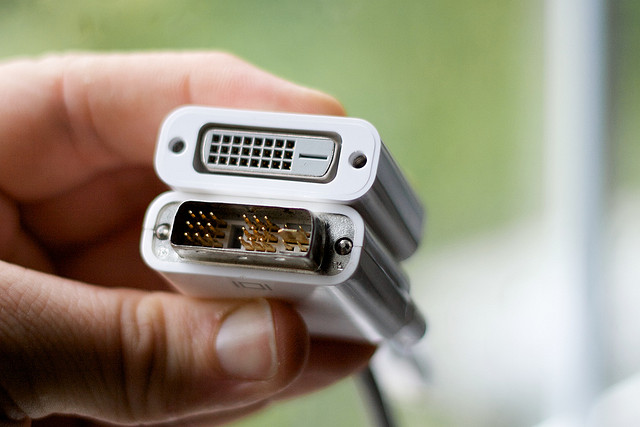 Video transmission has become relatively easier these days and you merely need to connect a cable to perform the task. Whether you have to give a video demonstration or you are to view a video on a large display screen via multimedia, you will need a connection cable to transmit the video to a display device. DVI stands for Digital Video Interface and it is the most commonly used type of connector on a video cable. However, with the advancement of technology, DVI-D cable was also introduced which serves the same purpose but also provides some new features that were lacked by the conventional DVI cable.

DVI was first developed by Digital Display Working Group (DDWG) with the primary intent to connect the digital interface to a video source, like computer monitors. It uses uncompressed digital video and can also support analog connections as well. Although it was designed for computers at first, DVI is also used in some consumer electronics such as television sets.

DVI-D is the advanced form of video transferring interface and is used for the same purpose as DVI. However, this type of interface only transmits digital signals and no analog video. DVI-D provides further features which are not present in conventional DVI cable.