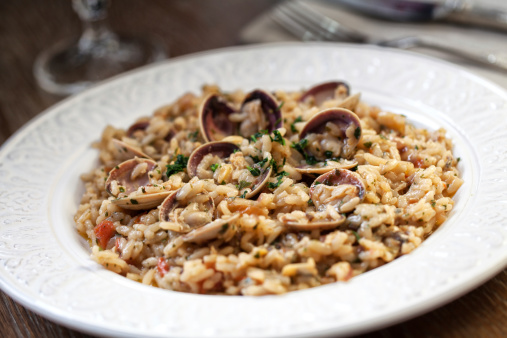 The Spanish and Italian people always love to have Paella and Risotto which are two mouth watering rice dishes. Many people consider these two dishes as the same because of their similar appearance. However, these two dishes are not similar as there are many differences between Paella and Risotto. Paella is a Spanish dish while Risotto has its origin in Italy. Risotto is more creamy as compared to Paella and it requires you to stay close and keep stirring otherwise it gets stick to the pot. On the other hand, people allow Paella to stick to the pot and this bottom coat of rice is called soccarat. Paella’s form varies from top to inside as it looks dry from the top but soft from inside. On the contrary, Risotto is the same from top to the bottom of the pot. Paella is called a dry dish because it seems in dry form while Risotto is sticky one.