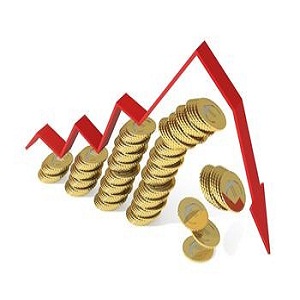 The words depression and recession both sound depressing and worrying to the ears of anyone with a slight idea of what they stand for. Both of them bring news of economically hard times for the country. These two terms are commonly used in finance and economics and attract great speculation by public, scholars, economists and analysts. Despite their great usage to descrivbe economic activity, economists have been unable to reach on a single definition for both of them. There are different by different schools of thought which make the interpretation difficult for the general public. At times, they are used interchangeably because basically both of them stand for a downturn in economic activity. However, there are some general differences among them that you should know. Our step by step guide explains them in an easy and simple manner for you to understand.

There is an old joke among economists that says: A recession is when your neighbor loses his job. A depression is when you lose your job. So a recession is a less harder ordeal than a depression. It is a downturn in economic activity that touches every sphere of life, from employment to product prices. Your income, investments, job and buying power are severely affected in a recession. This is hard time for business and many face bankruptcy. There is a significant drop in the Gross Domestic Product (GDP). When this recession does not pass for a considerable period of time (two or more consecutive quarters agreed by some), it turns into a depression. So the basic difference between these two is the time period.

A rule of thumb usually used to differentiate between recessions and depressions is to compare the drop in the Gross National Product (GNP) rates. If the GNP falls by less than 10 percent, the economic downturn is classified as a recession. If it drops by 10% or greater than that, it is a depression. So apart from the differences in time periods, the severity of the downturn also classifies whether it is a recession or a depression. A depression is also termed as the protracted version of the recession.

The presence and effects of the recession can be debated and doubted once a country or region experiences downturn. This is because the effects are usually mild and not very drastic. But when the depression strikes, nothing is in doubt because the calamities are visible and hard.