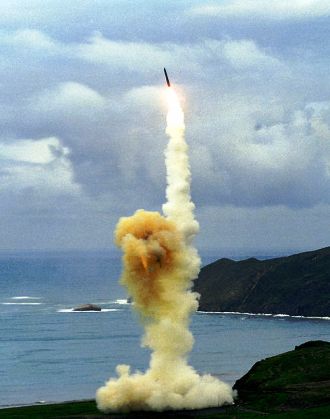 The words Rocket and missile are usually confused with each other and used interchangeably. Due to the media and wars in the world, both the terminologies—rocket and missile—have gained popularity and you will hear people use them frequently without using them properly. Despite this, both are different in meaning and they function differently when it comes to their use.

Rocket is anything that uses propulsion, releasing powerful gases in order to fly in the opposite direction. The most common example of rocket is an RPG (rocket propelled grenade). RPG is a weapon that uses a rocket to propel a grenade towards its target.

On the other hand, a missile can be anything thrown toward its target. This is a bit tricky as every missile uses rocket propulsion to move towards its target. Simply put, all missiles are weapons, but not every rocket is weapon. Rocket can be used in several fields. The most common use of rockets is space mission, as they have the capability to move with propulsion.