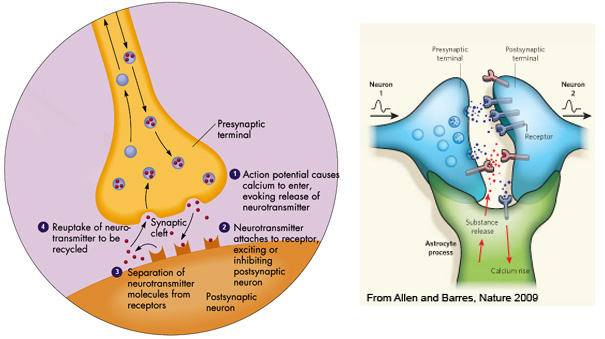 Synapse and Synaptic Cleft are two main cellular circuits which are essential for performing different tasks that help in basic survival. These highly complex circuits are made of different types of neurons. The specialised site between two neurons is called synapse while the narrow gap between post and pre synaptic membrane is called synaptic cleft. The neurons play a vital role through their electrical transmission, chemical signals, process sensory inputs as they initiate behavioural responses. They also control the overall internal physiology of organisms while the process of communication between neurons is called the synaptic transmission.