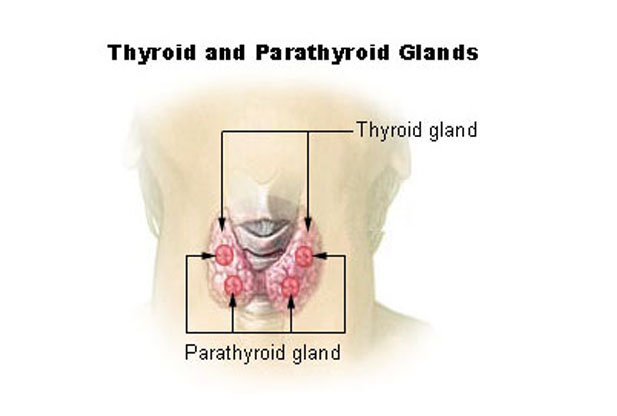 A hormone is a chemical that affects a certain part of the body after being released by a gland, a cell or an organ in some part of the body. The chemical brings about necessary changes in the cellular metabolism, which in turn affects reproduction, homeostasis, growth, development and behaviour of an organism.

The thyroid and parathyroid glands are two of the many hormone-secreting structures that are present in the human body. Both of them are classified as endocrine glands, which means that they release their hormones directly into the blood stream.

Both the glands play a vital role in the function and overall well-being of a human body. Their belonging to the same classification, having a relation with each other and being located at more or less the same region inside the body, i.e. the anterior neck, often raises confusion when it comes to distinguishing between the two glands.

One of the key differences between thyroid and parathyroid glands is that the former is a single gland, whereas the latter comprises four or more glands.

Another thing that sets the two structures apart is that despite the thyroid being a single gland, it has two or more major blood supplies. This can be attributed to the fact that it is the largest endocrine gland in the human body. The parathyroid gland, on the other hand, only has one major blood supply.

The thyroid gland differs from the parathyroid gland on account of how they are controlled. While the former is controlled by the hypothalamopituitary axis, Ca2+ sensors play the primary role in controlling the latter.

The areas affected by the two endocrine glands also act as a distinguishing factor. Nearly all the cells in the human body are affected by the thyroid hormones. The effect of parathyroid hormones, on the other hand, is limited to just a few tissues, which it manipulates to control the amount of calcium in the blood and within the bones.