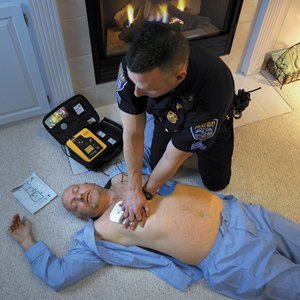 Heart diseases can be fatal at times and everyone must be aware of symptoms of certain critical conditions a heart patient might suffer. There are several conditions when a patient might feel like having a heart attack but it might possibly be not the case. You should be able to distinguish between a TIA (transient ischemic attack) and a stroke so that you can treat the patient appropriately. These two conditions might appear to be similar but there are some vital differences which separate them from one another.

TIA is actually a transient period of neurologic dysfunction which happens due to loss of blood flow but without acute death of tissues. It normally occurs when blood vessels are blocked and prevent the delivery of oxygen to certain parts of the brain. TIA is also considered to be type of stroke but there are significant differences between the two.

A stroke happens when the blood supply to the brain is disturbed and it results in rapid loss of brain function. Mostly a stroke occurs when blood supply is occluded to neural tissues and one or more limbs become motionless at one side of the body, tongue becomes non-functional and even eyes may become unable to see one side of the visual field.