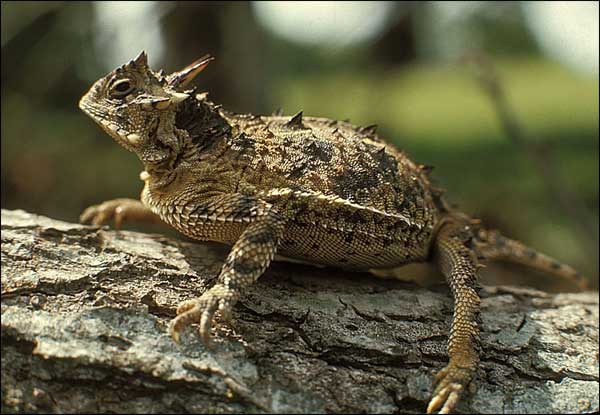 Toads and lizard are two different types of creatures with them belonging to two completely different families of amphibians and reptiles. Almost every child has tried to catch a toad at some point in their lives, since they can easily be found in a park or any place where there is grass and water. On the other hand, lizards can be found just about anywhere, even in homes, where they are often found climbing walls and eating insects.

Toads are amphibians, who happens to have some very leathery skin. They hop from place to place and have very long tongues which they use to catch their prey. On the other hands, lizards are reptiles, who happen to have very slithery and smooth ski. They can be found easily in homes and any other place.

Now with the two being so different, the general confusion which occurs is due to the horned lizard, which is a species of lizards, which people confuse with toads and frogs. There is absolutely no connection between the two, apart from the fact that they look like toads.

The horned lizard has a very round body, which makes it look far more similar to a toad as opposed to a lizard. At the same time, its blunt short snout also gives it a much more apparent physical resemblance to a toad, as opposed to other lizards.

Basically, the two are not similar at all. They don’t belong to the same species class and the two have absolutely nothing in common. It is just the physical appearance of the two which happens to cause confusions.