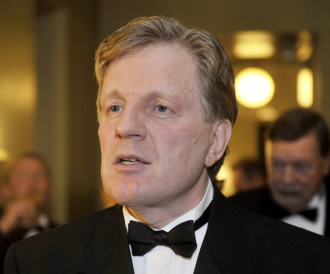 Nokia made it public via email that it is going to lose another senior executive. Ex Prime Minister of Finland, Esko Aho, who served as Executive Vice President, Corporate Relations and Responsibility and a member of Nokia’s leadership team, has decided to step down for Harvard University. He is appointed as the Senior Fellow at the Mossavar-Rahmani Center for Business and Government at Harvard Kennedy School.

Aho has been with Nokia since 2008 and will continue as Nokia’s consultative partner for governmental affairs. In his job description at Nokia, Aho used to look after the company’s global policies and activities related to sustainable development and social responsibility. However, his departure from Nokia may not appear as destabilizing the company, as some other executives already left Nokia and some are about to.

Nearly 9000 employees left Nokia in the last year, and the company is thinking to lay off 122,000 employees in the coming months. Last month, the company’s management publicized the news about Colin Giles, executive vice president of sales, will resign at the end of June.

Since after Stephen Elop, who took a charge of CEO in September 2010, there is a massive change in management team of the company. However, Nokia’s management has to face severe criticism from analysts and shareholders as their sales fell by more than $4 billion.

“It is really surprising how often Nokia is reorganizing management … investors should be worried about the pace,” said Swedbank analyst Jari Honko.