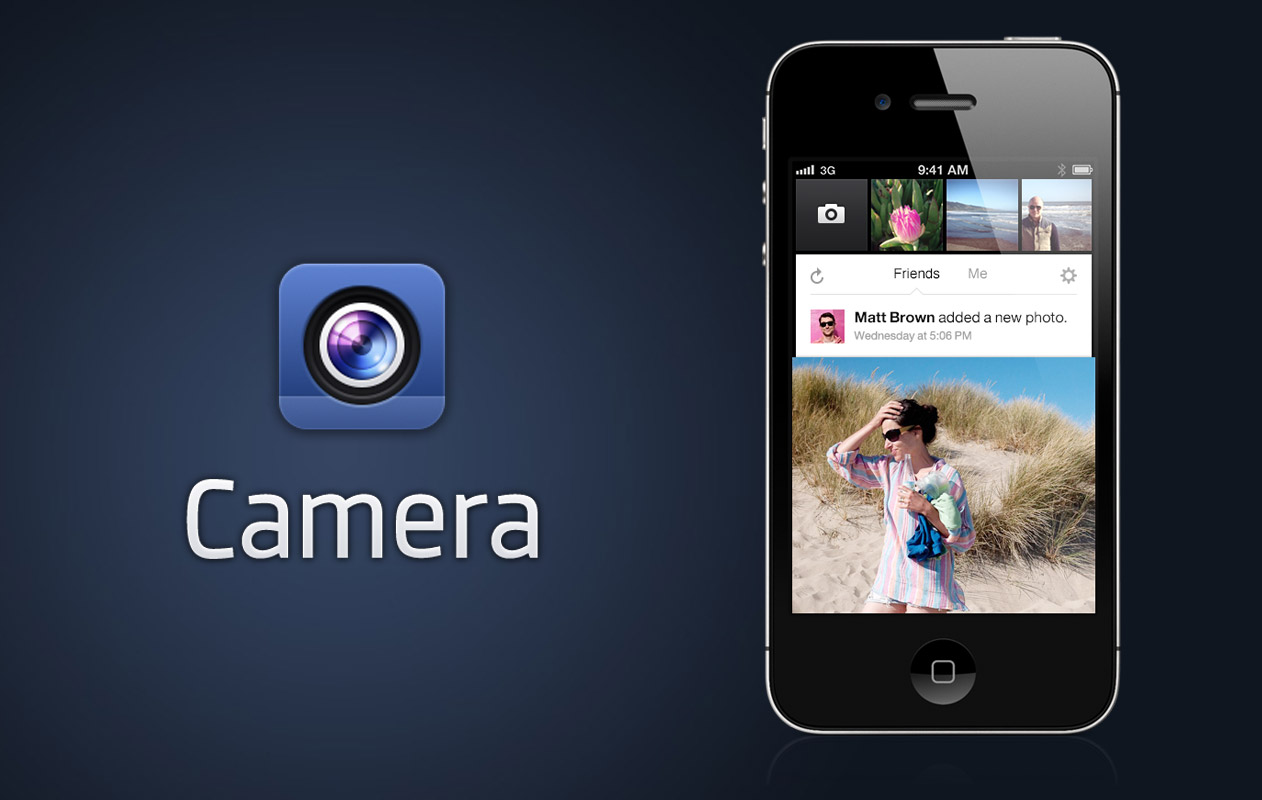 Merely a couple of weeks after acquiring Instagram, Facebook launched its own photo-sharing app for the iPhone, iPad and iPod users. One thing is worth observing here that the app is called Facebook Camera, but its name appears on the home screen simply as Camera.  However, Facebook has now updated its new screen name to avoid confusion as well as solved some lingering reliability issues.

According to a Facebook rep, “The change was made to avoid any possible user confusion, Facebook Camera’s screen name was updated to better distinguish it more from iOS Camera app.”

From now onwards, Facebook Camera will be appeared on the home screen as Camera. A mere bullet has been added on the right side of its label, surely to avoid any confusion with Apple’s stock app. However, it is still a mystery whether this change was made because of Apple or Facebook itself took an initiative.

Apart from the new screen name, the update also brings some other changes to app that are indeed very helpful. Now, you can have more reliable uploads and a “better explanation about location services access,” which means your information cannot be revealed without your permission. In addition, app functionality is improved when location services are switched off.  Meanwhile, the update also fixes several bugs such as multiple timeline stories and out of order photos, and introduces minor improvements in the version. Besides, there is a Help Center in the new version.

The existing version of Facebook Camera is only obtainable in English speaking countries and does not have a version for Android.