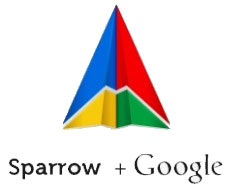 Software developer Sparrow, which works with Apple for their email management system, said that it has been acquired by Google. The reason behind this aquistion is to bloster Google’s Gmail platform.

The Sparrow app is considered to be one of the much admried apps out there. According to some analysts, it is indeed a smart move by Google to grab the genius minds of Sparrow.

Sparrow, a Paris-based company, consists of five employees and from now onwards they will work on “new projects” for Gmail.

Google’s representative said it will support Sparrow to offer its application but will not offer any major update related to Sparrow in the future. However, it will provide updates regarding security and bug fixes.

“We’re joining the Gmail team to accomplish a bigger vision — one that we think we can better achieve with Google,” Sparrow Chief Executive Dom Leca wrote on the company’s website.

In a blog post, the CEO thanked a number of individuals who invested in the company including Path Inc. CEO Dave Morin, who was previously working for Facebook.

Terms and conditions of the deal are yet to be revealed.

The app only runs on Apple products and it does not work on phones that are powered by Google’s Android software. However, it works on Gmail account.

Google launched Gmail service in 2004. According to recent stats by comScore Inc, Google’s Gmail service is relatively doing better than its competitors Microsoft and Yahoo.

The stats indicate that Gmail’s number of total unique visitors have been raised to 17% this year in June compared to the same month of 2011, which have reached 277.6 million. On the other hand, the total number of visitors on Hotmail has declined to 4% over the same period to around 324.2 in the month of June, while Yahoo saw a 2% rise to about 290.3 million.


Posted by johnross in Social Media