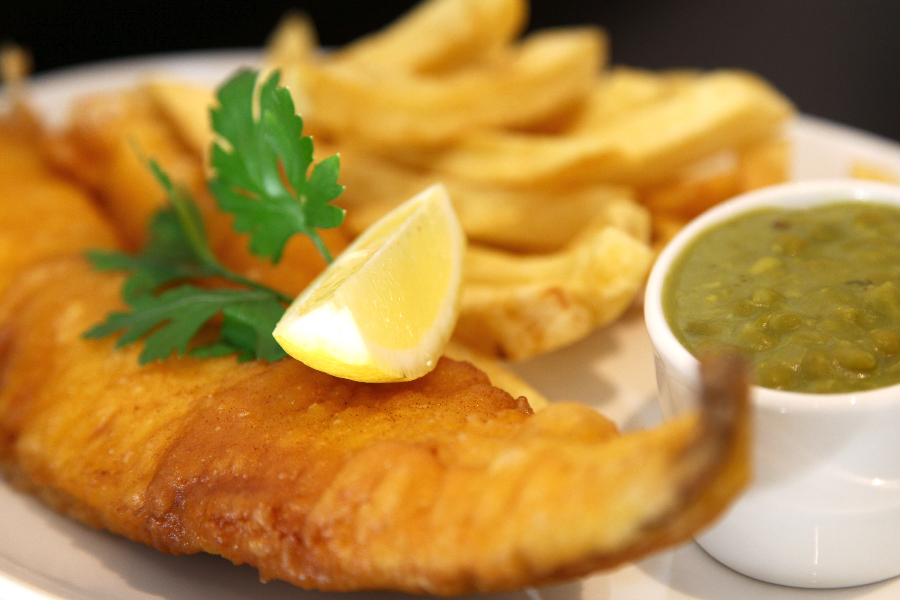 Fish and Chips are a tasty British tradition and a very popular take-away dish in London. At a basic level the ingredients of the dish are straight forward and include a battered and fried fish served along with large french fries. The dish became a main-stay of the British working classes by the end of the 19th century due to improved fishing techniques and transportation. On record the first restaurant to be dedicated to the dish was opened in London around 1860. Eventually, Fish and Chips gained popularity in other former British colonies including Australia, Ireland, New Zealand and Canada. Today the variations are endless and many types of fish are used to create unique tastes. Visitors or residents will find that Fish and Chip restaurants in London come in all shapes and sizes and serve their customers food that ranges from traditional to more creative interpretations.