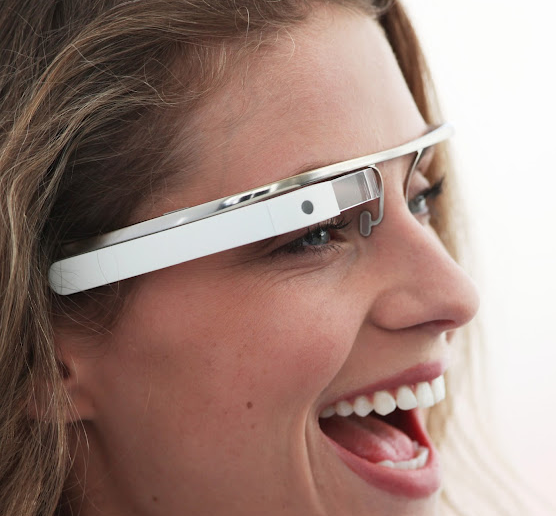 Google’s Project glasses may not attract your attention if you are looking for stylish eyewear, but you’ll certainly want to have it when you know how it works. Built in the secret Google X lab, the project glass is said to change the state of photography. Google Glasses are also capable of making 720p video and definitely it will improve with time.

Pictures of Google Glasses revealed so far show the gadget with a power button inside the frame and a micro-USB port, probably for charging and updating new software. Where most of the people were excited on the news are those with prescription glasses seemed gloomy, but later Google revealed a new model for them. Availability of orange, grey, black, metallic blue colours and a variety of aluminum frames may also attract your attention. People are beginning to take notice, especially on the internet as the hype of Google Glasses is starting to make a buzz. Most people are discussing the endless possibilities this new technology will have on all major industries around the globe.

The gadget got some major hype when Google’s vice president Sebastian Thrun posted a picture taken by Project Glass eyewear; in the picture he’s spinning his son around with both hands. Although the picture is not that high quality and many other gadgets are there with which you can have extraordinary quality, but no other device can give you that perfect timing. Think of the possibilities you can have with Google project glass eyewear! As with most Google products and services the thought of their glasses being integrated seamlessly into their entire network of information and communication can really add a whole new twist to being online and interactive as well as actually be physically active.

Capturing all that you’re seeing will be the most notable innovation in photography and it’s not just this industry where the gadget will have an impact, rather the whole world of digital media can be revolutionised. If you can free up your hands and record or take pictures of what you are seeing as you are constantly connected to such a large information portal will definitely bring about a new revolution in many different industries worldwide. According to Google, with project glasses you can do everything, i.e. from communicating with friends to accessing data from the Internet as you walk around the town it can be done just with this small gadget. It will be interesting to see how far Google takes this revolutionary product and how well it catches on amongst the main stream users.