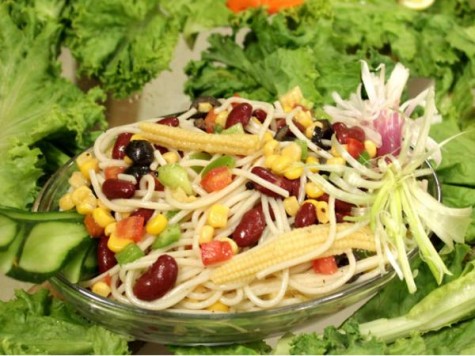 Salads are amongst the healthiest foods.

They are basically side dishes and are often served as appetizers, but can easily fill up your stomach. The number of varieties which you can introduce while making a salad are countless. They are so many methods, involving so many ingredients, which can be merged to form a tasty and appetizing final produce.

People who want to lose their weight and want to move on to a healthier diet, should switch to salads. They can not only be made with vegetables, but also fruits, while different forms of meat can also be added. There are also a lot of options available when it comes to seasonings.

Nearly every country in the world has its specialized and peculiar varieties of salads. Among some of the most famous ones is noodles salad, which hold great nutritional value and is also easy to prepare.


Posted by ibbi in Food & Beverages