Home » Health & Fitness » How to Avoid Fear of Clowns 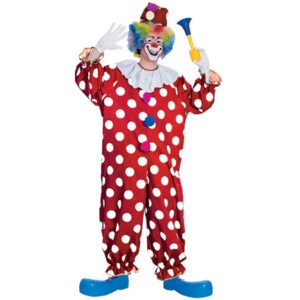 Clowns have always been a symbol of fun, jokes, laughter and excitement for children and people of all ages, but throughout the ages; they have also become horrifying in some ways as well. Due to television, clowns have adopted a scarier role, making their use in horror movies such that has a lot of people now scared of them.

The fear of clowns is known as coulrophobia and often starts off during childhood and if not treated in a proper manner could lead to a lifelong problem and fear. Like any other fear or phobia, coulrophobia is curable and people who suffer from it can overcome if they try.


Posted by alfredo-pachino in Health & Fitness