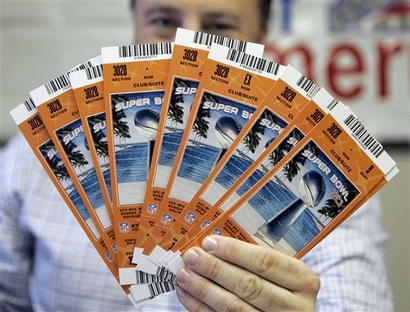 The main event of the National Football League (NFL), Super Bowl, is as much prone to ticket frauds as are other sports in the world. Every year a number of NFL title game lovers are ripped off through online ticket frauds, as they make desperate efforts to get hold of tickets to watch the match live in the stadium. Still, they can avoid these frauds and prevent themselves from being looted of their precious resources if they take some steps that include watching of the game on television or big screens in the parks if they somehow cannot get tickets through legitimate means.