Home » Style » Fashion » How To Check If Nike Sneakers Are Fake 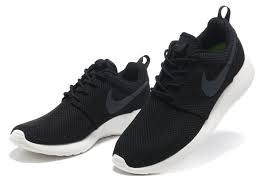 Nike sneakers are one of the most common sneakers being produced around the world. The nature of its global appeal, has created an avenue where a lot of counterfeits have also been produced globally.

More often than otherwise, people buy fake pairs without immediate realization and only realize they’re  fake when it’s too late to return them. In order to avoid buying fake pairs, you must stay informed by being able to differentiate original from fake.

Whether you are making a purchase online or visiting a nearby shoe store, you should be able to distinguish between the real and fake versions to avoid getting taken for a ride. Read on to find out more on how to check if Nike sneakers are fake: