Home » Sports » How to Do a Barani on the Trampoline 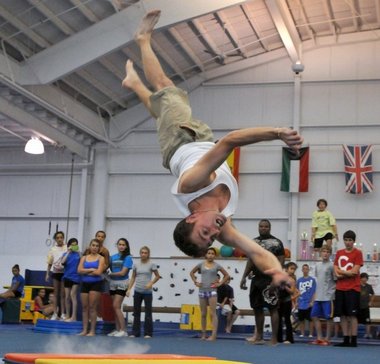 Named after the Italian circus acrobat Alfonso Baroni who first performed the trick back in 1881, a Barani flip is a rather advanced aerial manoeuvre that is regularly featured in a number of sports, namely gymnastics, trampoline, aggressive inline skating and cheerleading. It involves a front flip and a 180-degree turn, also known as a half-twist.

If you wish to learn how to do a Barani, it would be best to learn it on the trampoline, as it would offer both safety as well as convenience. Like any other trick, it can take a fair amount of time to master a Barani on the trampoline. Just remember to be patient and focus on the different technicalities involved in the successful execution of the trick.


Posted by zane in Sports