Home » Sports » Indoor Games » How to Do a Layup in Basketball 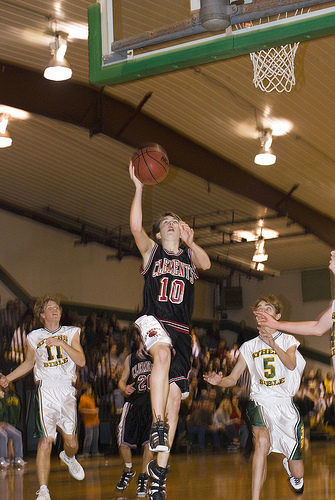 Basketball is one of the most widely played games these days and with the trend going on, people are more and more taking up the prospect of getting into the game as a professional.

Many people want to adapt the game as a profession as it has immense fame and has a pretty solid return of money as well in regards to the financial terms of the contracts that are offered to the players over the course of their careers. Particularly in America, the game is played very widely and passionately and given much more importance over the other games. This game has the fame because it is a very fast pace game and a true check of an athletes credibility. With such money involved in the game, many children are lining it up as their main motive to excel in and have already made it as their first choice option. There are certain parameters of the game which need to be mastered in order for one to become a true basketball player and a layup is one of these important parameters.

Along with shooting and passing, each player must have the ability to perform a layup in the match as the conditions are not always favourable in the game for the player to consider and pick their own choice of scoring option. These are the steps that will guide you through the task of performing a layup in the game of basketball.


Posted by jose-jack in Indoor Games