Home » Sports » Board Games » How to Do the Chased Card Trick 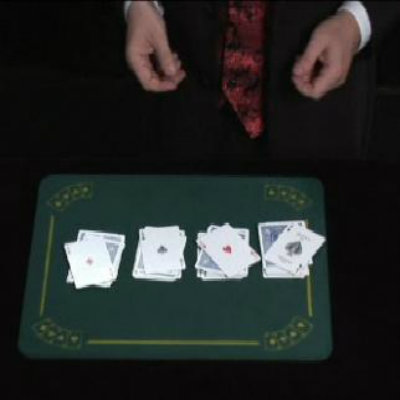 This is another very interesting type of memory card trick that involves chasing four aces in a given deck. The only job that your memory has to do is just remember the location of four aces. You can do it all by yourself, or have someone assist you. Simply divide the deck in four approximate equal piles, remembering which pile you have the Aces in. Now (either yourself or ask a helper) to shuffle the cards such that you pick the first pile and take out first three cards from it, putting one card each on top of the other three piles. Shuffling the other three piles in the same way, when you pick four cards from the top of each pile, they will be four aces!