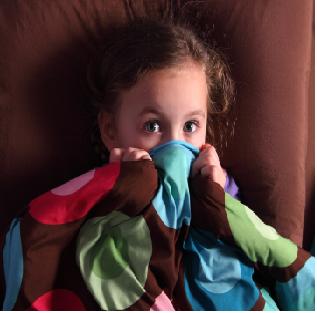 Those, who have kids at their house, are well aware of this phenomenon as almost every child of the world gets disturbed with unpleasant dreams called nightmares. They have a propensity to happen during second half of the night when human body enjoys the sweetest part of slumber.

It is directly related to stress which lies deep in the sub conscious of your kid and ultimately keeps him disturb during late night hours. It can be the product of any fear, worry or tension for example; your child watched a scary cartoon character, listened a frightening bedtime story or even minor things like saw a dreadful bull dog in the park.

Mostly, pre-school age is the prime time for these kind of dreams as their imagination has started working, they can plot the story and think of many situations. In many cases, they get so much disturb that they refuse to sleep alone.

However, you should not send them back to beds by saying same old sentences e.g. you are old enough, shame on you, stop watching all those stupid cartoon series etc. This is the time when they need your shelter and you should help them to overcome all those fears.


Posted by eddy-gringo in Parenting