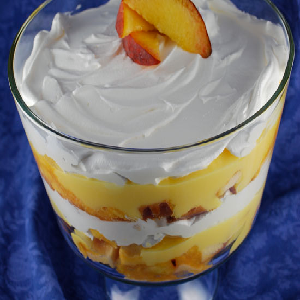 The summer bring peaches with it. This delicious fruit can be eaten on its own, used in salsas, cobblers and trifles. Peach trifle is a summer favourite for many. The dessert is simple, quick and delicious. The combination of peaches and cream makes it irresistible.
Ingredients
Instructions
3.2.1284