Home » Sports » Board Games » How to Play the Dreidel Game 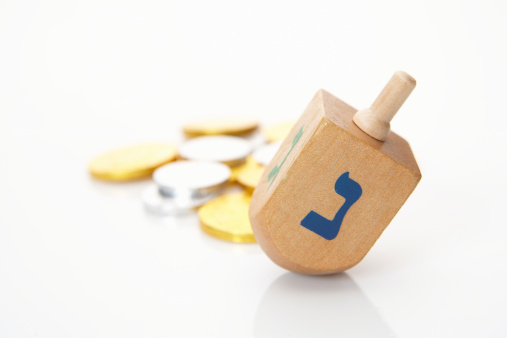 Dreidel is a traditional game of chance, played with a top-like object called a Dreidel, that is spun by the players. There are four sides on it and the Hebrew letters nun, gimmel, shin and hay are written on the sides. These are the first letters to the words ‘Nes Gadol Hayah Sham’. This is translated as ‘A great miracle happened there’. In ancient times, Jews used to play this game when going to study the Torah. They played it in order to fool soldiers and trick them into thinking that they were gambling. This is an easy game and with some guidance, you can learn to play it fairly quickly.

– Dreidel
– A few dozen tokens: buttons, coins or small candies (you can also use gelt coins)


Posted by ragin-cajun in Board Games