Home » Autos & Transport » Cars » How To Rebuild an Alternator 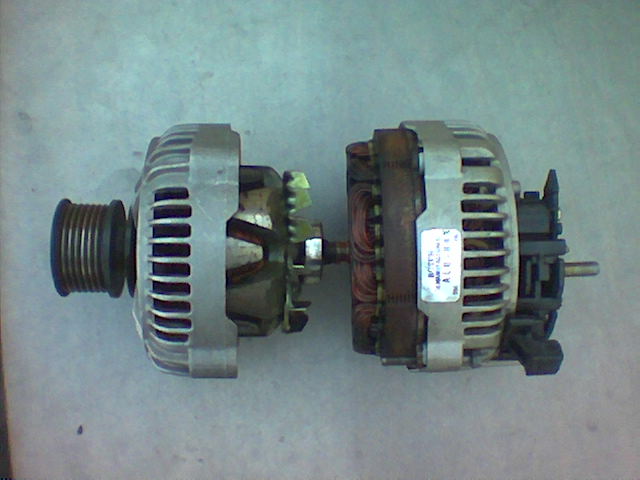 Alternator is device which is used to convert mechanical energy into electrical energy and produces alternating current as a result. There are two types of alternators; the most common type uses a rotating magnetic field and a fixed armature. The other variation uses a stationary magnetic field with a moving armature to produce electric current.

All AC electric generators can be used to produce electrical energy provided you attach a moving source of mechanical energy within them. However, the term alternator is commonly used for small rotating generators present in automobiles that are used to charge the battery. These alternators take a tiny amount of the rotational energy produced in the combustion engine and use it to produce alternating current.

Alternating current cannot directly charge a car battery; so an AC to DC rectifier is also attached with an alternator. Some alternators use a permanent magnet to generate the magnetic field and are known as magneto.

The alternator is in motion the moment you fire the ignition of the car. Over extended periods of time, the contact points between the alternator brushes wear out and can cause the connection to go loose. Replacing complete alternator is an expensive affair, so it is advisable to overhaul or rebuild the alternator in your backyard.


Posted by mike-miller in Cars