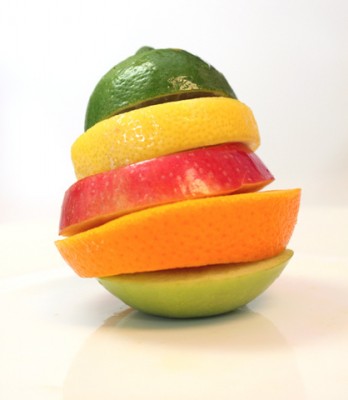 Fresh fruit can serve as a nutritious snack and is a healthy after-dinner option, as compared to desserts laden with whipped cream and calories. It is also a colourful eye-catcher at parties, whether it’s served it on its own, or arranged in harlequin designs around a chocolate fountain.

Although it’s relatively easy to prepare and serve, it isn’t always possible to serve the fruit immediately after slicing, and certain fruits, particularly apples, bananas, peaches, pears, and avocadoes, tend to turn brown when cut up and left out for long.

While this doesn’t impact the taste of the fruit to a great degree, the change in colour tends to make the fruit appear unappetising. The alteration, a process known as oxidation, occurs when certain natural substances in the fruit react after being exposed to the oxygen in the air, and turn the cut surface brown.

However, this unsavoury occurrence can easily be avoided, and if preparing large quantities of sliced fruit, or prepping snacks for a party, the colour and appeal of sliced fruit can be preserved by following five simple steps.


Posted by morocco-foucault in Food & Beverages